The Hardtacks formed in 2012 to perform folk music of the Civil War era for the NH Humanities’ “Humanities To Go” programs. Since then, they’ve played at libraries, historical societies, schools, encampments, and other events around the Atlantic coast.  From an initial focus on Appalachian banjo & fiddle music (both songs and tunes), the Hardtacks’ repertoire has expanded to include parlor songs, rally cries, spirituals, hymns, bawdy parodies, and more.  Their wide-ranging programs take inspiration from the participatory culture of the Lyceum movement and various 19th century folk traditions, engaging audiences in immersive explorations of history as a sung, spoken, and lived experience.

New Hampshire native Marek Bennett is an award-winning cartoonist and musician who teaches and performs comics and music at schools and libraries throughout New England and the world beyond.  He holds B.A.s in Music and Mathematics (Brown University) and an M.Ed. in Curriculum and Instruction (Keene State College), and is a rostered teaching artist with the NH State Council on the Arts, Children’s Literacy Foundation, and the Arts Alliance of Northern NH.  Marek’s latest graphic novel, The Civil War Diary of Freeman Colby, details one NH teacher’s experiences in the 39th MA Regiment.
www.MarekBennett.com

Woody Pringle is both a musician and educator teaching at many NH colleges and organizations.  His credentials include B.A. in Social Science (Johnson State College) and MBA (Rensselaer Polytechnic Institute). His band Bradford Bog People often airs on NH Public Radio’s Folk Show and on many radio stations throughout the country.
www.WoodyPringle.com

Whenever possible, we like to bring along a few friends to fill out the band… 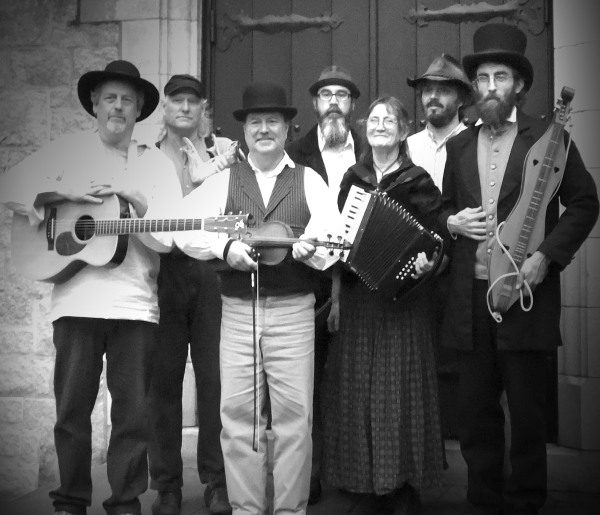