George Root composed his “Battle Cry of Freedom” in Chicago in 1862, just before a major recruitment rally. 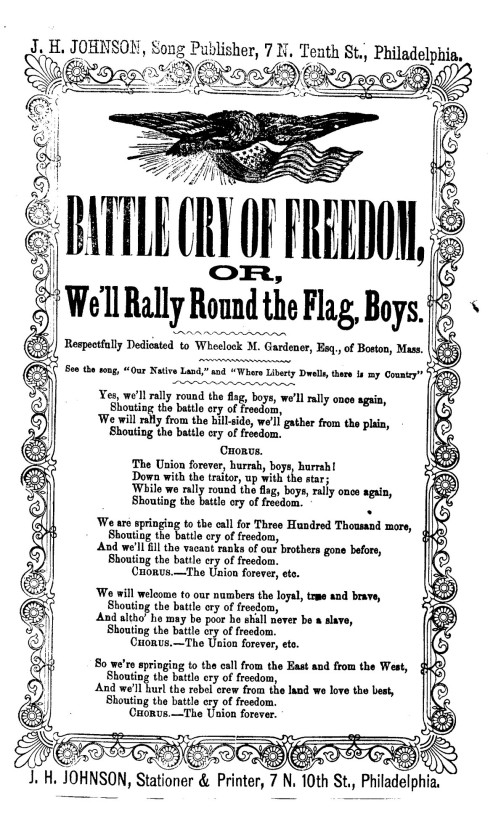 In his autobiography The Story of a Musical Life, Root relates how “Immediately a song started in my mind” when he heard of President Lincoln’s first call for 300,000 volunteers:

I thought it out that afternoon, and wrote it the next morning at the store.  The ink was hardly dry when the Lumbard Brothers — the great singers of the war — came in for something to sing at a war meeting that was to be holden immediately in the court-house square just opposite.  They went through the new song once, and then hastened to the steps of the court-house, followed by a crowd that had gathered while the practice was going on.  Then Jule’s magnificent voice gave out the song, and Frank’s trumpet tones led the refrain —

This anecdote gives us a sense of the breathless pace of events in the first year of the war, even far from the front lines.

By 1864, the song is being used as a rallying cry in the presidential campaign, which had become a referendum on Lincoln’s handling of the war and the Union cause itself:

“We are ready for the polls…”