We went to the Library of Congress for the original sheet music: 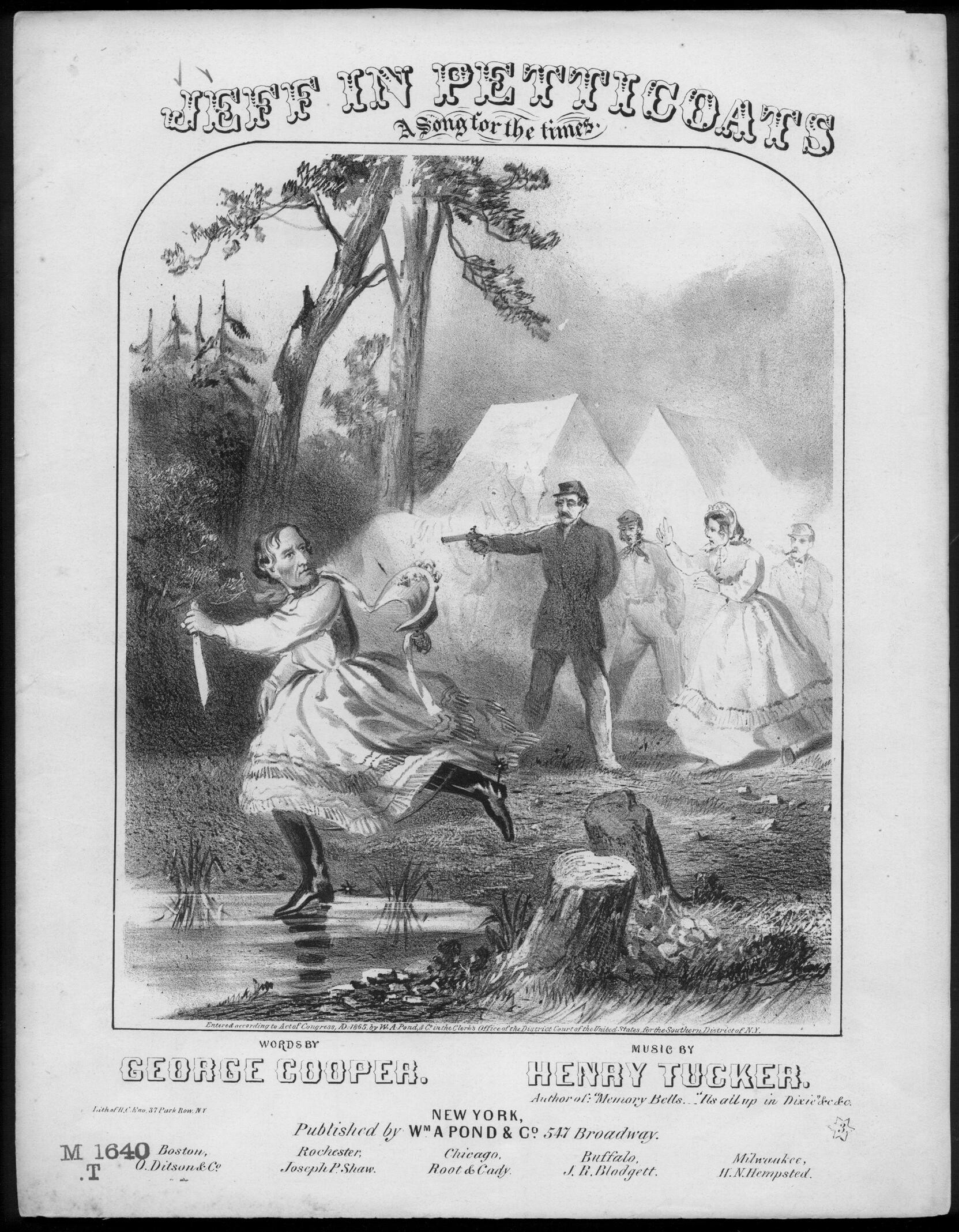 “Guards were at once placed around the Camp and at each of the tents. Davis came out of one of the tents partly dressed and at once surrendered. He stated to Lieutenant Dickinson that women and children were in the tents and asked that no soldiers be permitted to enter. … Davis returned to his tent, and soon after an apparently old lady, accompanied by a young lady, came out of the tent. The young lady asked permission of Lieutenant Dickinson to go to the swamp a short distance away to get a bucket of water, she carrying the bucket on her arm. The supposed old lady was wearing a waterproof cloak that came close down to her feet, with her head wrapped in a small plaid shawl. The permission was given. … After they had passed … a few yards, the cloak of the supposed old lady caught on a bush, that lifted it just enough to disclose a pair of cavalry boots and spurs. It did not take [the guard] more than a second to level his seven-shooting carbine at the grandmother. Just at this moment Colonel Pritchard came in sight. Davis threw off his disguise and made a second surrender to Colonel Pritchard.”