The lost-love minstrel tune “Mary Blane” was one of the most popular songs of the early minstrel era (see Mahar’s list):

Our 2015 edition of the Hardtacks Civil War SONGSTER features the above version, where “Indians” arrive to abduct poor Mary Blane.  Other versions attribute Mary Blane’s capture to African Americans (perhaps fellow slaves?), as in this sheet music by The Ethiopian Serenaders (1847): 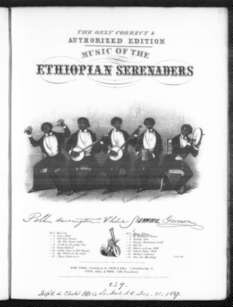 In other versions Mary Blane remains a stock source of bittersweet memories, as in this 1846 Whitlock version (which Robert Winans used in his CD, The Early Minstrel Show): 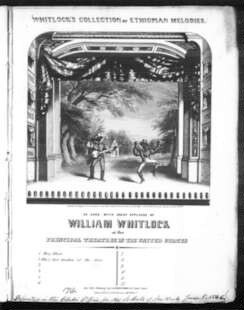 Other songsheets (such as the UK version below) blame Mary Blane’s abduction on “de white man” and features distinctly exotic Native American imagery:

Here’s an undated songsheet content merely to linger morbidly around the romantic graveside: 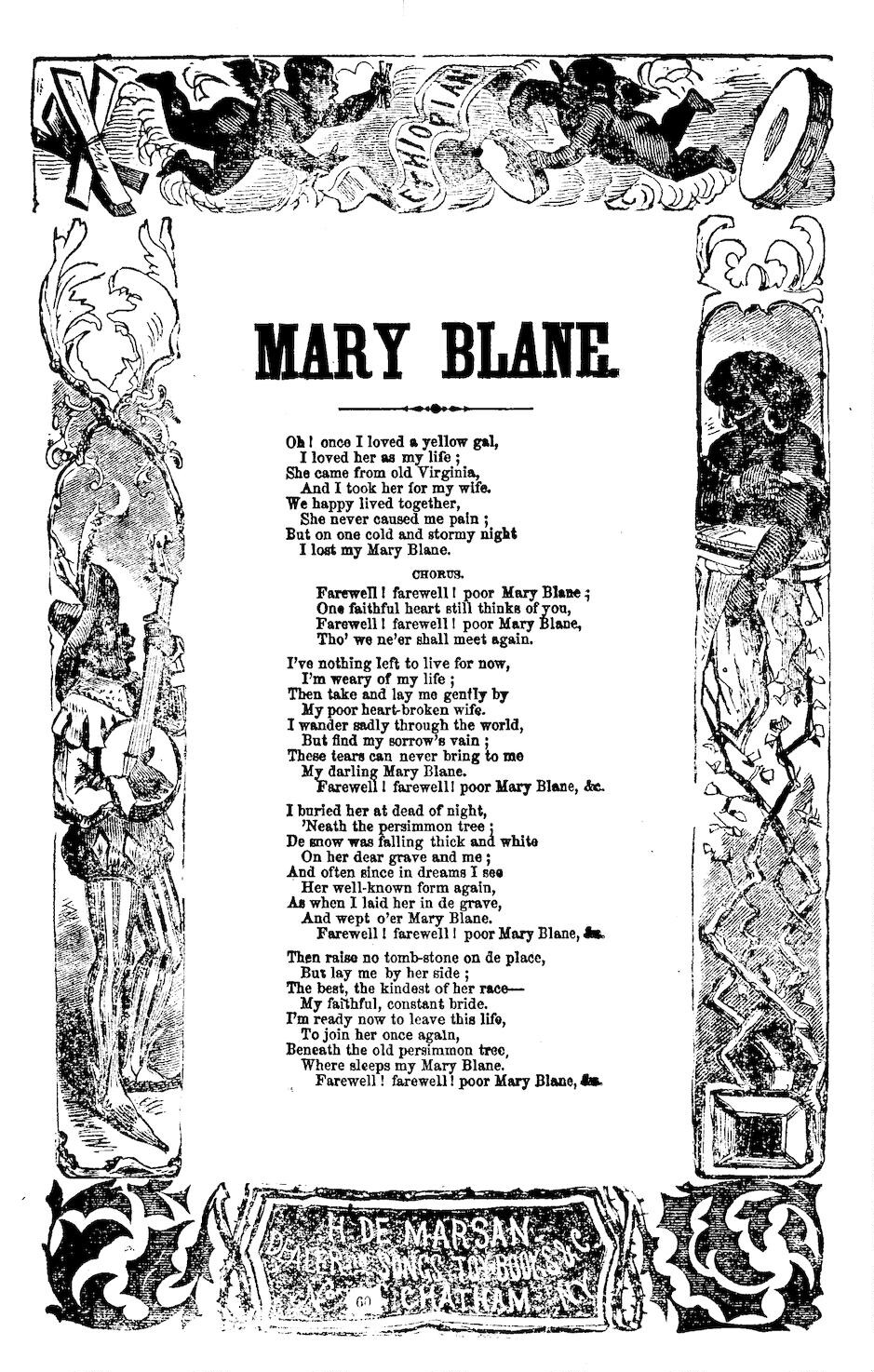 The song’s conceit would have spoken to the audience on several levels; William Mahar traces the “separated lovers” theme (especially the passive victimization of a female love interest) to abolitionist literature:

“The theme of the enslaved woman as victim is closely linked to the pro-abolitionist novels of the period.  … This theme may provide an analogy to the practices of paternalistic capitalism showing that arbitrary displays of power characterized the corrupting influence of both real slavery as practiced in the South and the forms of ‘wage slavery’ working persons believed were common in the North.” (Mahar, Behind the Burnt Cork Mask, p. 297)

To add another dimension, consider the 1852 songsheet “Indian Maid of the Chapparal”, which places George Bombarger singing to the tune of “Mary Blane” at Mexico City (perhaps during the recent Mexican war…?): 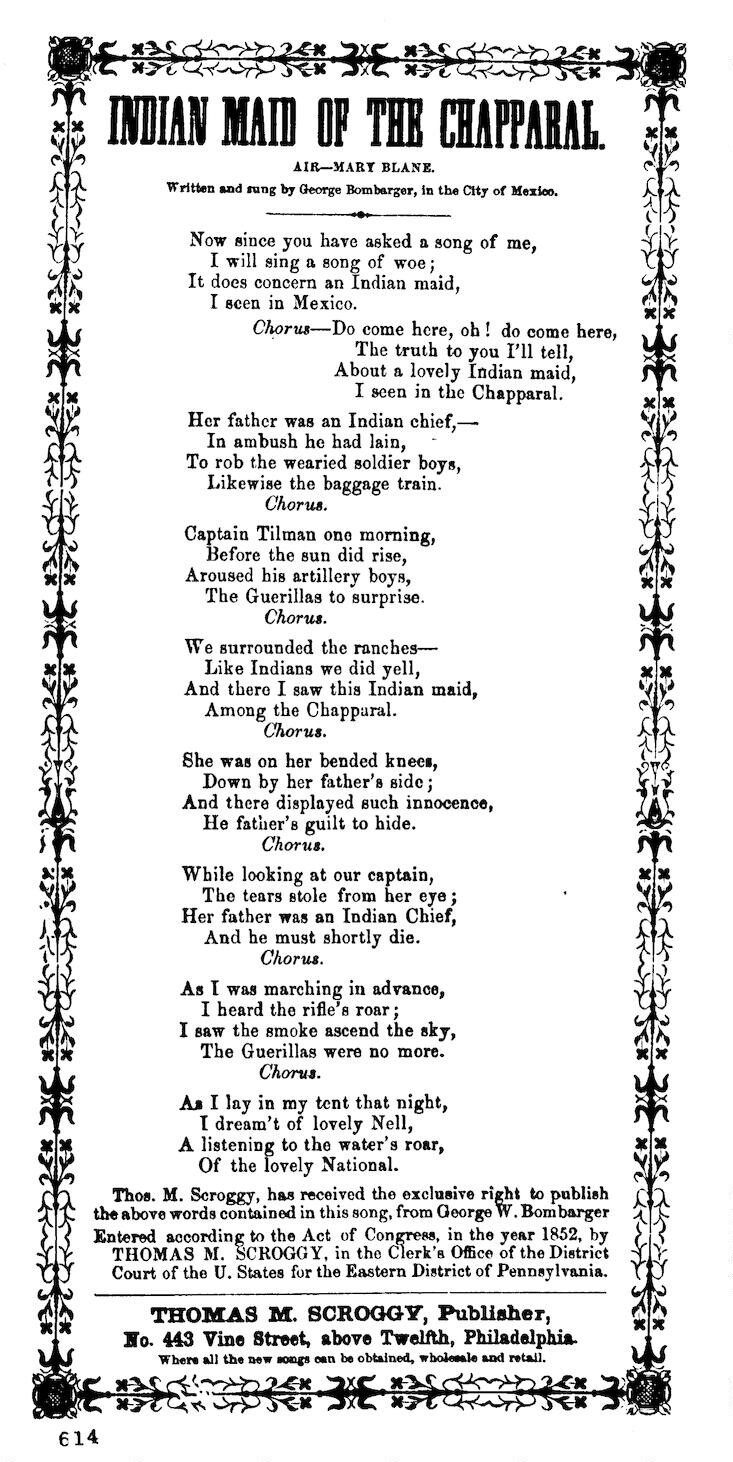