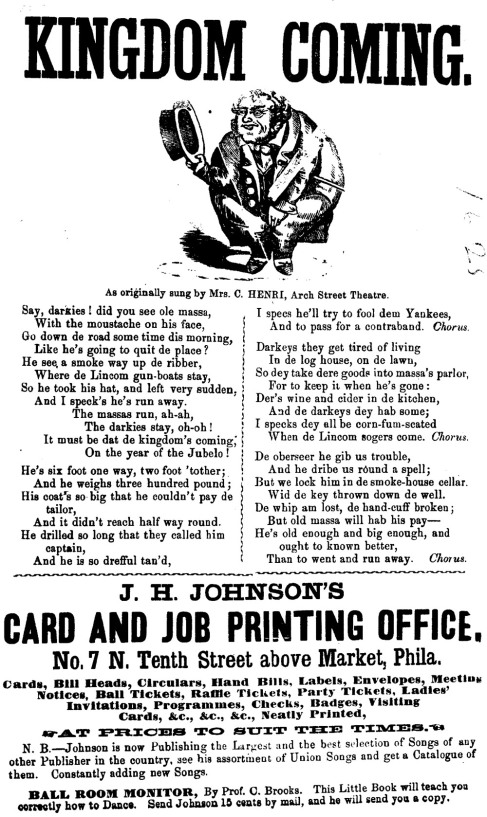 “Early in [February] an expedition in charge of our [Colonel Higginson] was sent down the coast, Its destination St. Marys, at the head of the St. Mary’, river in [Florida]. On landing (it was evening) our soldiers under the charge of Sargt. Robert Sutton who, when a slave, had lived there – took quiet possession of the place: It was a proud moment for Robert when he placed a guard of colored soldiers around the house of his former owner, ‘Madam Alberti’ and one of great rage to the good dame when she discovered the outrage, and heard her own nigger, ‘our Bob,’ give the order to shoot anyone who attempted to leave the house without his permission!”