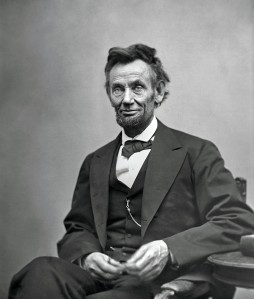 “I see you have a band of music with you.

I propose closing up this interview by the band performing a particular tune which I will name. Before this is done, however, I wish to mention one or two little circumstances connected with it. I have always thought `Dixie’ one of the best tunes I have ever heard. Our adversaries over the way attempted to appropriate it, but I insisted yesterday that we fairly captured it.

I presented the question to the Attorney General, and he gave it as his legal opinion that it is our lawful prize.

I now request the band to favor me with its performance.”

In accordance with the request, the band struck up `Dixie,’ and at its conclusion played `Yankee Doodle,’ the President remaining at the window mean-while.