Click to peruse this colorful collection of Southern propaganda: 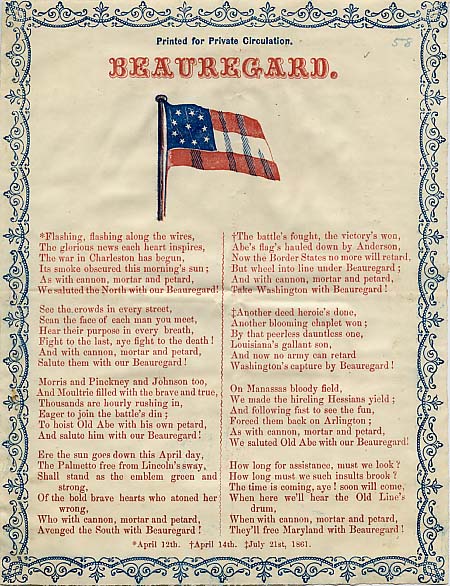 The subject matter of most of the poems is typical of Southern war propaganda. Lincoln and his cabinet are vilified, and there is much talk of states’ rights and northern aggression. The subject of slavery is seldom mentioned, except when various authors declare, without apparent irony, that white southerners are fighting because they refuse to submit to the “slavery” of being governed by Northerners. Southern victories are celebrated, and inept Northern generals are ridiculed. And, at least in the poems written in the early part of the war, God is frequently invoked as being on the side of the just and noble Southern cause. As the war progresses, poems describe the sufferings of the Southern people and the heroism of those willing to give their lives for the Confederacy.

One distinctive feature of the Wake Forest collection is a large concentration of material from or about Southern sympathizers in Maryland…. 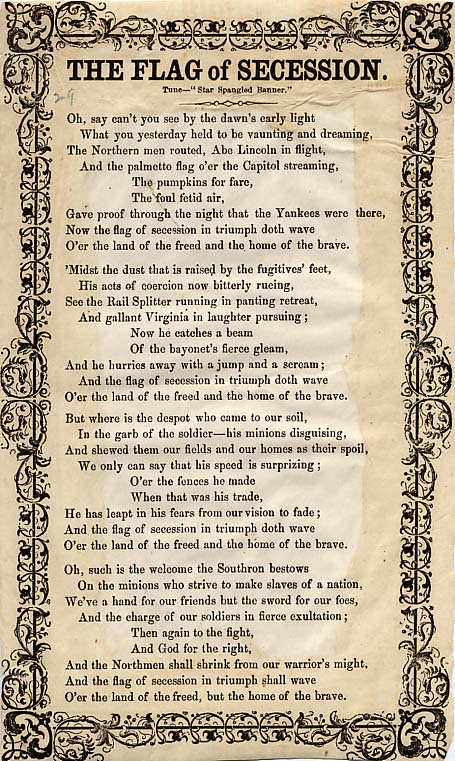