“Tenting on the Old Camp Ground”
Composed by Walter Kittredge (1863)

The chalk-talk artist & Chautauqua lecturer Marion Ballou Fisk relates this story (via her father) of the song’s wartime composition:

Then came the time when Uncle Sam touched [Walter Kittredge] upon the shoulder and said, “Come, follow me.” I do not doubt but to him, as to every strong young man, came the horror and the dread of war, but it never occurred to him to seek an excuse why he should not enter his country’s service. He was away, the night the summons came, and all the way home a little song, both words and music, kept persistently running through his mind. He tried to put it from him, but in vain, so when he had reached home he took down an old violin from the wall, an instrument he had never used before and never did again in the composition of a song, and wrote the simple little piece.

A few days later he went down to Concord, New Hampshire, to take his examination for service, was found to be physically unfit, and was dismissed, so he never did bear arms for his country, but who shall say that he did not render her just as effectual service, for about that time, there was a demand for a song, by which the soldiers might march, and sing in camp. The Oliver Ditson Company had advertised for such a song, and half trembling at his own temerity, the young man sent down the simple little song he had written the night of his draft, offering to sell it to them for the modest price of fifteen dollars.

They tried it over, were disgusted with it, because of its simplicity, and refused to have it at any price. They hired a musician of considerable note to write such a song for them, purchased and published it, but it fell still- born from the press. The soldiers simply wouldn’t sing it, that was all. Then, because the call was insistent, and the need was great, they bethought themselves of the little song which they had once refused, purchased and published it, and in less than six weeks it was being sung by every Southern campfire, and in every Northern home.

The Hutchinson Family Singers performed the “Tenting Tonight”; the above sheet music credits Asa’s branch of the family.   In his 1896 memoirs, John Hutchinson gives us further recollections on the song’s composition, publication, and immediate financial success:

“Tenting To-night” was first heard in public from our lips, on the summit of grand old High Rock. Its author was Walter Kittredge. He was a native of Reed’s Ferry, N. H. …

In 1863 Kittredge was drafted into the army. That night he went to bed the prey of many conflicting emotions. His heart was fired with patriotism, but full of grief at leaving his home, and full of dread of war. In the middle of the night he awoke with the burden still on his mind. He thought of the many dear boys already gone over to the unseen shore, killed in battle or dead from disease in the camps, of the unknown graves, of the sorrowful homes; of the weary waiting for the end of the cruel strife, and the sorrow in the camps, of the brave boys waiting for the coming battle, which might be their last. Suddenly the thoughts began to take form in his mind. He arose and began to write :

Being a musician, a tune for the song easily came to Mr. Kittredge’s mind, and after copying both words and music, he at once came to Lynn, and went to Brother Asa, at Bird’s Nest Cottage, High Rock. After they had looked it over together they called me in to sing the solo. Asa sang the bass and the children joined us on the chorus. Kittredge at once made a contract with Asa to properly arrange and publish the song, for one-half the profits. That night we sung it for the first time on High Rock. As everybody knows, when Ditson brought out the composition, it was an instant success. In less than two years its author and my brother had a thousand dollars each from the profits of the song.

“We’re drinking tonight in the old bar-room,
Give us a glass to cheer…
And merry, merry we will be,
While drinking of th’ lager beer!” 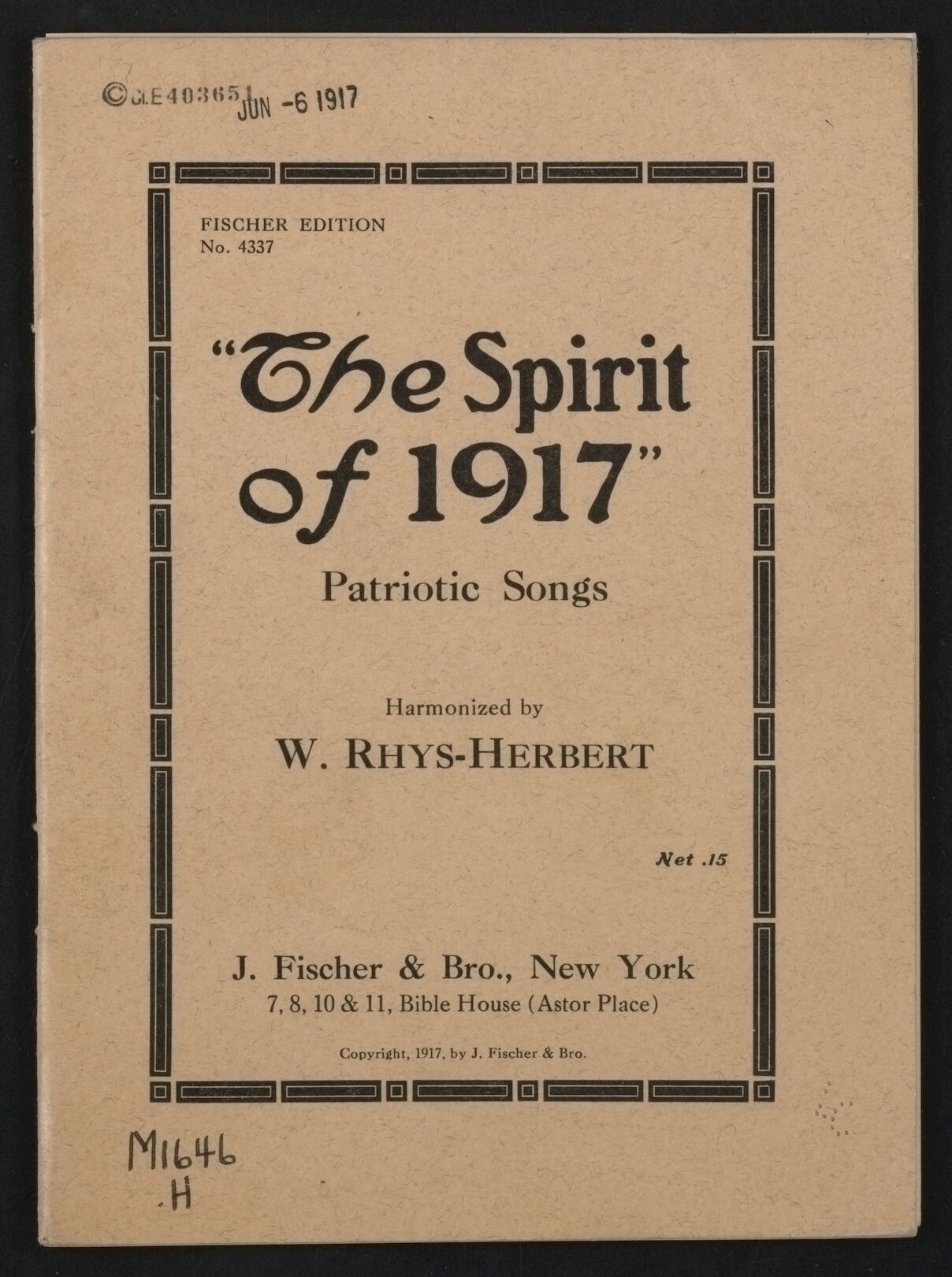 Numerous singing groups recorded the song in the early decades of the recording industry; some surviving wax cylinders of “Tenting on the Old Camp Ground” are available via the UCSB Cylinder Audio Archive.  Several feature the bugle calls written into the original sheet music adaptations.