TO the leaven’d soil they trod, calling, I sing, for the last;
(Not cities, nor man alone, nor war, nor the dead,
But forth from my tent emerging for good—loosing, untying the tent-ropes;)
In the freshness, the forenoon air, in the far-stretching circuits and vistas, again to peace restored,
To the fiery fields emanative, and the endless vistas beyond—to the south and the north;
To the leaven’d soil of the general western world, to attest my songs,
(To the average earth, the wordless earth, witness of war and peace,)
To the Alleghanian hills, and the tireless Mississippi,
To the rocks I, calling, sing, and all the trees in the woods,
To the plain of the poems of heroes, to the prairie spreading wide,
To the far-off sea, and the unseen winds, and the same impalpable air;
… And responding, they answer all, (but not in words,)
The average earth, the witness of war and peace, acknowledges mutely;
The prairie draws me close, as the father, to bosom broad, the son;
The Northern ice and rain, that began me, nourish me to the end;
But the hot sun of the South is to ripen my songs. 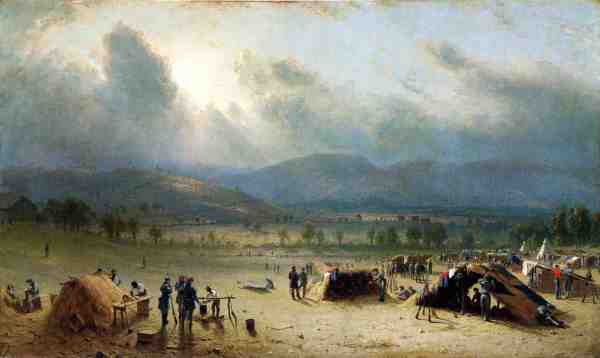